The previous post mentioned one of my current projects, and I happen to have a little more to record about it.

No, before that, there is this paper that I co-authored a few years ago about how ‘sensitive research’ was discussed and understood in the methodological literature between 2000 and 2010. It was designed to be an extension from van Meter’s paper (2000) asking the same question and looking at the period from 1972 to 1999. One of our main findings was that 2000–2010 was a decade that finally saw the emergence of work on the psychological/emotional wellbeing of researchers. Strongly influenced by the feminist tradition, this body of work rejected a model of the researcher as detached and objective and instead acknowledged personal engagement in the research process as potentially having emotional consequences for the researcher (2012: 45).

I keep thinking about that phrase, ‘the emotional wellbeing of researchers’, lately. I embarked on an ethnographic journey earlier this year about a nascent online community pushing back misogyny in Korea. I knew it wasn’t going to be an easy road, but there were more reasons than not for me to take on the project. On the immediate, personal level, the said community has some uniquely interesting characteristics, which have attracted my scholarly attention. More importantly though, its birth constituted a critical incident in Korean societal history that as someone who had been researching various manifestations of digital activism in the country since the dawn of the 2000s, I felt obligated to contribute to better research of it.

Indeed, there have been numerous attempts, mostly in journalistic outlets, to explain the rise and nature of the community. All valuable, but I didn’t feel that those pieces were offering ‘the whole picture‘. So I daringly got myself digging into the phenomenon, and the experience has so far been like pulling sweet potatoes out of the ground. The messy and never-ending entanglement! 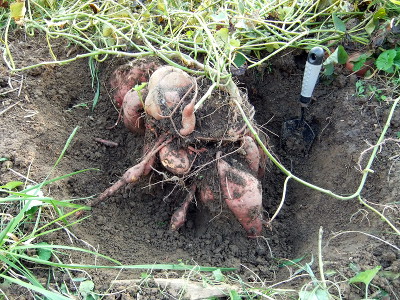 Most significantly, the community is known for ‘mirroring’ the violence and vulgarity inflicted on women. Exposing myself everyday to such content, both the original and the gender-flipped version, has had a bigger toll on me than anticipated. Really doing my head in. In the first couple of months in particular, I had to keep telling myself that I might need to walk away from the project altogether. I haven’t yet.

When I said I had been raised as a medieval lady, I wasn’t joking. One of the side effects of that upbringing is that I don’t handle coarse language well. When I was in the midst of redacting expletives from my interview transcripts in my thesis, a professor in the department commented that if I want to be taken as a serious researcher I shouldn’t shy away from such material. I saw his point immediately, but after a long and hard reflection, I have come to a conclusion that that’s not how I roll. As Barnes (2015) puts it neatly, “my research is a part of my life and my life is a part of my research”. Therefore, according to my take on her statement, my researcher self and my other selves need to learn how to get along well with one another. It will have to be a matter of reconciliation. I don’t want to suppress any of them. And even if I were willing to, I don’t think toughness is something I can simply put on and off anyway.

Now with this project, the challenge remains on two levels. First, how much more will I be able to take? If it ever comes to the breaking point, will I recognise it? Second, how on earth will I actually communicate the findings?