… darn, I had to reblog this. GOM Player, South Korea’s home-grown and most popular media player, now offers a ‘Cat Mode’. If you select this mode, all standard shortcut keys will be disabled, so that you will be able to watch a movie without interruption even with your cat sitting on your keyboard. 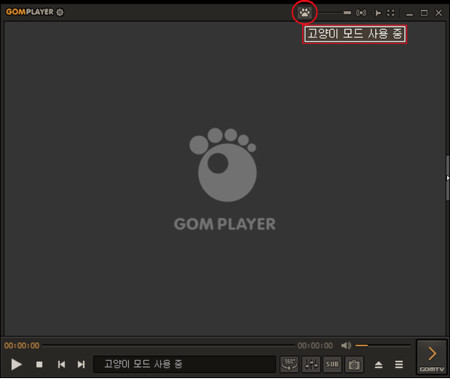 (Cat Mode on, as indicated by the paw symbol)

Since we are on the topic, let me also share another collection of mine that I put together a while ago. (There are quite a few on this blog alone, such as this, this, this, and this.)

There have also been games developed where you can be a cat, such as Catlateral Damage (crossposted 12 January 2014) and HK.

A softer side of government: How Larry the cat became a purr-fect political companion on Downing Street (Lauren Scott, CBC News, 22 January 2017)

South Korean president’s rescue pets are so popular they have their own fan art (Yi Shu Ng, Mashable, 15 May 2017)